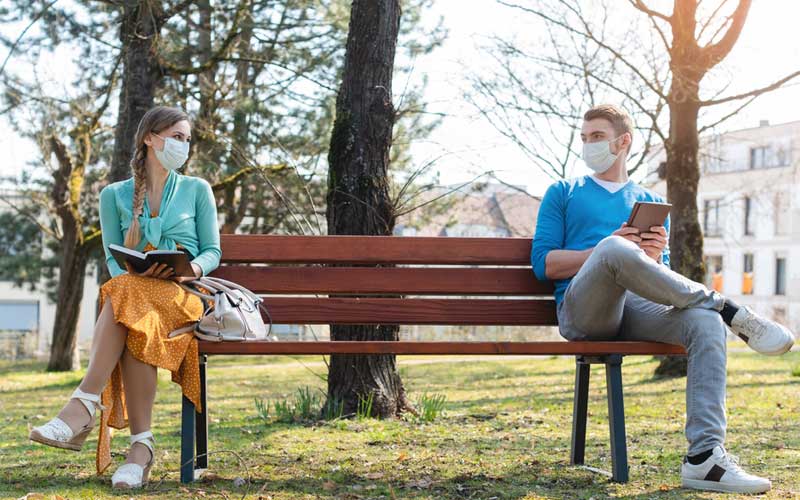 COVID-19 impacted pretty much every aspect of life as we knew it.  Masks became commonplace.  Schools went virtual.  Businesses adapted.  Sports were postponed.  The list goes on and on, but one area that may have the longest lasting impact is how the pandemic has affected our society socially.  We have socially distanced ourselves for so long that we must now consider how we re-connect and manage social situations.

Simple interpersonal behaviors that previously never required much thought can now be the catalyst of a socially awkward exchanges.  Prior to the pandemic, it would have been considered rude to cross the street to avoid walking near someone.  During the pandemic, it would be considered rude to not give people that courtesy.  Greetings used to consist of hugs or handshakes.  Fist bumps, waves, and head nods became more of the norm during the pandemic.  What about now?  As more people are vaccinated and activities are resuming, do we revert back to the social normative behaviors we did before the pandemic or continue the new norms of the past year?   There will always be disparities in social preferences, but here are some general considerations as we become less socially distant and more socially engaged:

Avoid Judgment.  Everyone has opinions and there have been many controversial social, political, and economic topics that have arisen in the past couple of years.  People tackle problems from various perspectives so accept that various factors contributed to why they arrived at the conclusions they have.  For example, a parent, who observed their child become depressed from losing their connection to peers, may arrive at the conclusion that the benefits of going to school in person outweigh the risks.  Another parent, however, may have just experienced the death of a loved one or serious health issue and conclude that virtual schooling is best to protect others and prevent the spread of illness.  This type of debate has literally resulted in the end of relationships and loss of friendships.  It is not helpful to negatively typecast people into simplistic categories (i.e., “anti-vaccers”, germophobes, “fear-mongerers”, etc.).  Once you realize you have an opposing view of a friend or family member, it’s probably best to move on and talk about something else rather than trying to convince them to change their view.  In fact, debating something tends to have the exact opposite result.  Instead of changing a view, having someone defend and debate their view tends to strengthen and solidify their stance instead.

Have Empathy.  It’s probably fair to say that no one wanted there to be global pandemic.   Everyone was impacted somehow.  Everyone has their own story.  For some, the impacts were devastating.  For others, they weren’t too bad.  And, for some, there were actually benefits (i.e., profited financially, increased family time, etc.).  Many people have experienced the stress of the past year and sometimes that is exhibited behaviorally…having a short temper, being less motivated/productive, having less tolerance than usual, or perhaps withdrawing from others.  The point is that we don’t know what others are experiencing unless we take the time to listen and understand.  Rather than simply reacting or taking it personally, take time to understand why someone may be exhibiting an observed behavior.

Look for Clues.  Feeling unsure whether you should keep distance when greeting someone, shake hands, or hug?  Questioning if someone prefers a mask to be worn or removed?  The best way to navigate these potentially socially awkward situations is to proceed slowly to give your brain time to process nonverbal cues.  If you start walking towards someone and they step back or stand still, they probably don’t want to be hugged.  While approaching someone, notice where their eyes are looking.  If they are looking at your mouth instead of your eyes, they may be uncomfortable with you being mask-less.  If you go to show someone a picture on your phone and they don’t attempt to hold the phone themselves, they probably also don’t want you to sit right next to them holding it up to their face for them either.

When in doubt, ask.