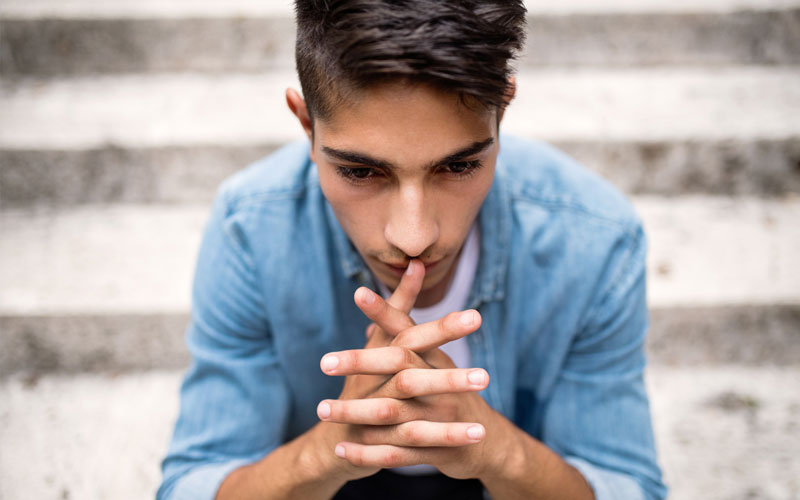 4 Signs Your Teenage Son Is Turning Into A Man

As every parent knows the teenage years with their children can be the most stressful and yet most rewarding.  This is the period in life where your teen is growing through a great transition from dependency to self-sufficiency as he prepares for the next phase in his life:  college.  Every good parent experiences those personal questions such as “am I preparing my son for college well enough”, or, “is he going to be ready for that much freedom and responsibility”?  These questions both drive parents to continually improve and yet can also feed into the trap of grading our parenting based on how happy or successful our kids turn out.  But there are a couple of signs every parent can look for which give a parent a good visual as to the trajectory that their teenage son is projecting on as a guide to preparing them for college and beyond.

These signs should start to show up during the 9th grade though some boys mature earlier and later.

The first sign, and usually the first one, is witnessing your son move from play being his most important priority to competency.  Play is and should be the most important priority for every child growing up.  This skill teaches independence/freedom, imagination, ambition, internal structuring and is the foundation for emotional resilience.  At the end of elementary school or during Middle School your son should become interested in more skill based hobbies and this usually occurs in a parallel fashion to his moving from girls having “cooties” and “not being allowed in the treehouse”, to their being “kind of cool”.  Parents should start to see a change in priorities, not in a cessation of play.  Entertainment at this point becomes a break or a way to connect with friends (such as video gaming has become) instead of what your son would live for in earlier years.  As he gets older and moves into his high school years he should be attracted to pursuing his competency based hobbies and it is the parents’ responsibility to support him in any way that they can.  From this your son learns the next two signs.

The second sign, learning how to make himself do what he doesn’t want to do, is learned through the pursuit of learning a new skill.  This entails doing something hard, requires following the instructions of an authority figure (taking lessons from a teacher), and forms internal structure, goal orientation and a sense of accomplishment.  The foundation of play is what drives the resiliency to work hard in order to improve in those skills and is what makes learning “fun”, though this is a different fun from entertainment.  From this growth the teenager will spread this skill into other areas of his life, like getting his homework done, thinking about his future goals and is better able to match present hard work with the future rewards.  He will also learn the skill of waiting and patience with himself and others.

The Third sign and also an outflow of moving from play to competency, is the teenager is learning to restrain himself from pleasure.  When a parent hears this phrase, we usually associate it with gaming, sometimes bad choices such as using drugs or alcohol, partying, etc., but this also involves emotional intelligence and self-control.  An anger outburst is an example of not restraining myself from pleasure, as is impatience and entitlement.

The fourth sign every parent should look for is passion in the heart of their teen.   This is a heartfelt desire to be great at something and usually develops after gaining a sense of  mastery over the skill based hobbies your son has been pursuing.  Passion becomes part of the masculine identity of the teen male as it spreads from feeling good about mastering a skill to feeling good about every area of his life.  This is why the second question every man usually asks another man after the initial introduction is “what do you do?”.  Progress and learning become part of the masculine identity.   He begins to see how homework is training him to be a better guitarist, or artist, or athlete and incorporates this into every area of his life.

Any teenager has the capacity to make a bad decision at any point of his teenage or later life.  But growing into these 4 skill sets will certainly put a focus in your teenage son’s mind on the goals he as and will help him eliminate those actions which deter him from those goals and will encourage him to incorporate decisions that propel him towards his adult goals. For the parent who witnesses their teenage son stuck in play being his top priority there is always hope but the sooner the teenager is encouraged through parental leadership or professional help the easier it will be for their son to grow up and become a man before he faces the freedoms that come with his first year in college.